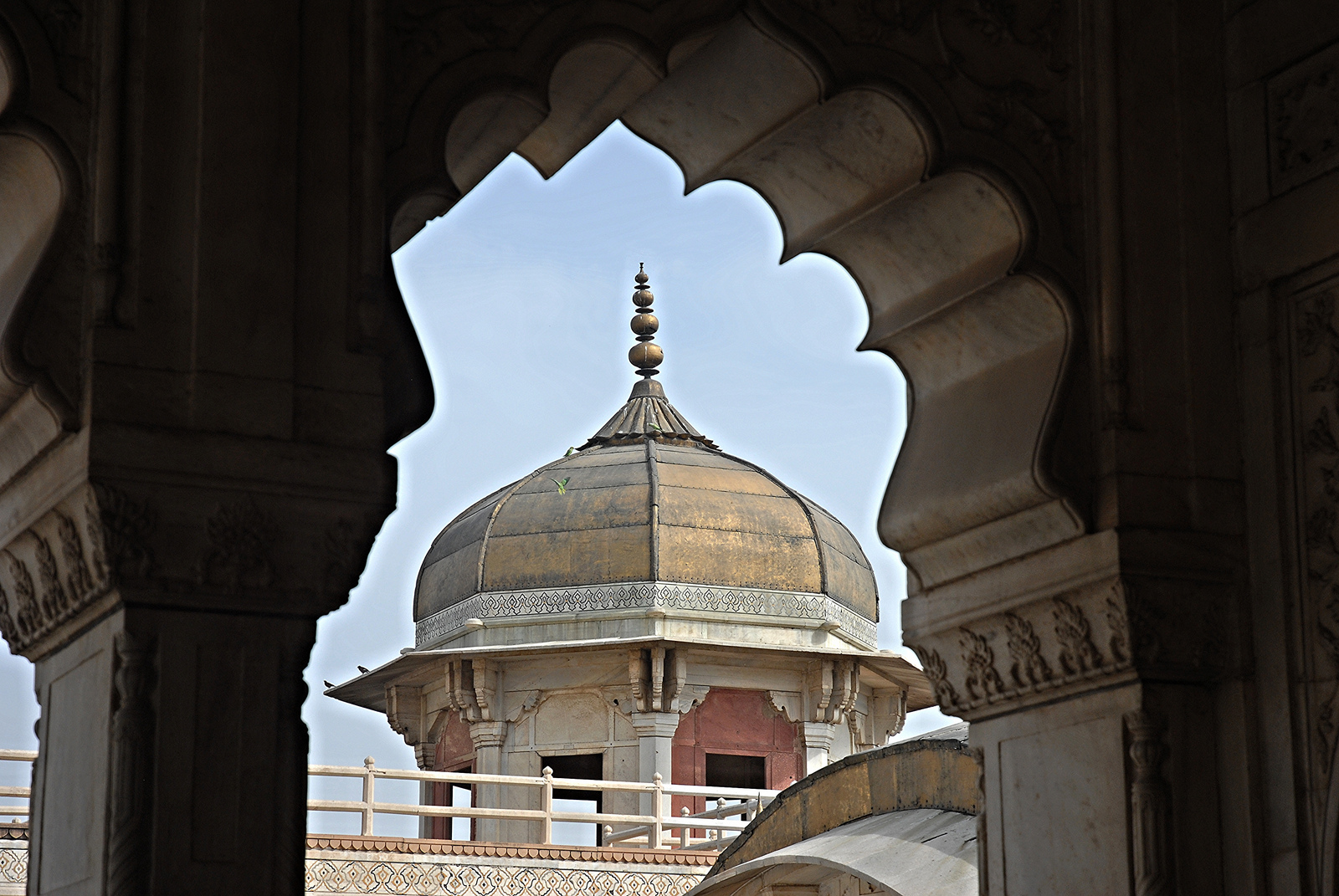 One tourism site describes it thusly:

Flanked by the majestic Yamuna on one side and the Anguri Bagh on the other, Khas Mahal, also known as Aramgah-i-Muqaddar, was a private palace built by Shah Jahan for his daughters Roshnara and Jahanara. … The Khas Mahal has heavily adorned ceilings and alcoves in the walls around. They once contained portraits of Mughal rulers. Iron rings visible on the ceilings were where chandeliers once hung. … The interiors of the palace are adorned with gold work, mural paintings, ornamental designs and floral designs. The pavilions of the Khas Mahal were constructed using red sandstone and coated with white shell plaster. They contained beautiful golden work and fresco paintings. Gold and blue, the 2 royal colours of the time have been used extensively and some traces of them are still visible in the Khas Mahal.

The stone work, once again, was first-class. Undulating, scalloped profiles adorned the archways along the colonnade, framing one of the nearby domes every few paces along the front of the building.

Less utilitarian than modern-day residences, the Khas Mahal offered yet another excellent, if subtler, example of Mughal architecture.

One thought on “Subtle Beauty at the Khas Mahal”