The whole idea of whether I had really stumbled upon Nepal’s best tea selections made me revisit the issue of so-called civet coffee, or kopi luwak in Bahasa Indonesia, which is considered to be the most expensive coffee in the world. 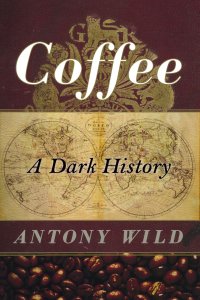 During my time in Bali — or Ubud, to be more precise — I tasted what I had been told was coffee made from beans that had passed through the digestive system of the Asian Palm Civet (Paradoxurus hermaphroditus). In a blog post titled “Indonesia’s Best Coffee,” I described it as having “the slightest hint of a sweet, almost chocolate overtone to it, felt incredibly well-rounded on the palate and tasted smooth beyond compare.”

Yet I also mentioned that I had heard about unscrupulous producers treating coffee beans chemically to simulate the path they take through the civets. What I hadn’t known is that even more unscrupulous people would keep caged civets in order to force-feed them coffee berries — all in the name of profit.

“It’s a bit of a racket,” says the man responsible for its popularity and the author of “Coffee: A Dark History.”

One of the most outspoken critics is former coffee trader Tony Wild, who imported a single kilogram of kopi luwakto the U.K. in 1991 and took pride in introducing it to the Western world. (The coffee gained wider notoriety after being featured in The Oprah Winfrey Show in 2003 and the myth of its all-natural origins was propagated in a Jack Nicholson–Morgan Freeman scene in the 2007 film The Bucket List.) Wild, who witnessed horrific animal abuse while helping a BBC team investigate civet-coffee farms in Sumatra, has launched a petition and social-media campaign, “Kopi Luwak: Cut the Crap,” urging customers and companies to shun the product.

The problem has become more widespread than just in Indonesia or just Asian Palm Civets, too.

“People throughout Indonesia, Java, Thailand, Bali, Vietnam, and Cambodia are jumping on this opportunity to take advantage of the civet coffee trend,” Chris Shepherd, Southeast Asia Senior Program Officer at TRAFFIC, the World Wildlife Fund’s wildlife trade monitoring network, tells TakePart. “They are catching as many civets as they can, and not just the common palm civet anymore, either, but all different kinds now, and shoving them into cages, and feeding them nothing but coffee berries. It’s one thing to make coffee from poop you find on your plantation, it’s quite another to capture civets and try to farm them for their caffeinated crap.”

I do appreciate knowing what goes into my coffee, and having tasted excellent varieties, I hope that folks of good conscience will help put an end to coffee practices that promote scams and animal cruelty. And if you ever have the pleasure of sipping joe at Jakarta’s Warung Tinggi Coffee, I highly recommend sampling the Bettina beans.